This is going to be a MASSIVE post. #sorrynotsorry

It’s been a pretty eventful month- I’m back in Manchester, folks! I was away from mid-December till 25 January, during which I made trips around South Korea with my family and went back home to Singapore for a month. It was good to go home for a bit and see my friends and family, since I was getting really bad winter blues and feeling rather homesick.

The funny thing was that I pretty much brought Manchester weather back with me and it rained the whole time I was in Singapore, with temperatures dropping as low as 20 degrees Celsius. For a tropical country, this is a big deal! I was in long socks and jumpers most of the time.

I wish I could say I spent the whole holiday lazing around doing nothing but I had two essays due (6000 words each!) and I was sat at my boyfriend’s house most days, working till 10 everyday and trying to sleep off the cold I caught because of the cold weather (typical ?). 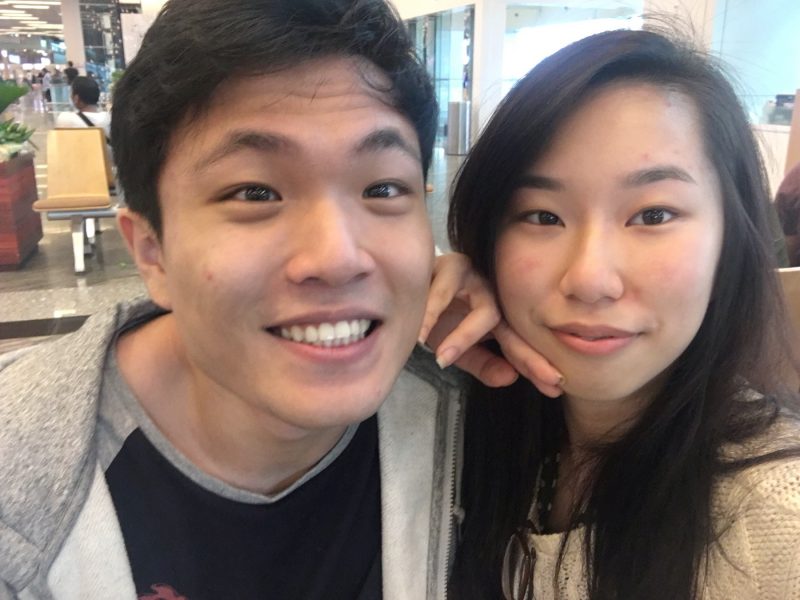 I’ve caught up with most of my friends from university and my previous housemates- and made new ones too. I’ve met this lovely gal off the app Hey!Vina which touts itself as Tinder for girls looking to find other girl(friends)! I tried it last year hoping to get to know the local community better, network with other women and get to know some new friends, but a lot of the conversations petered out pretty quickly.

I managed to meet up with one of them after I got back to Manchester though, and we had a lovely tea at Richmond Tea Rooms. We both got the Alice Tea and we weren’t expecting the scones to be so huge! While ordering, the server told us: “You guys know it is two scones each, right?” and we looked at her like… yes? Problem? ?

And realised our mistake after the cakes, scones and tea arrived. Lesson learnt: always listen to the server ?

She dabbles in photography- check out her Instagram here! Look at this gorgeous picture of our afternoon tea ?

Her house is gorgeous though and there’s lots of space for dog walking. It’s not quite the countryside, but it is a lot quieter than central Manchester (and definitely cleaner). We took the train down to Burnley and stayed overnight after the house party.

I am now old and pass out after midnight even without any drinking or dancing.

I count it as a win, because dogs. In a puppy pile. Best way to fall asleep.

I really like the classes this semester but the strikes have really been affecting our classes- I’m really hoping the schools will come back to the negotiating table and sort proper pensions for all the lecturers so we can get the best learning experience possible.

The new changes mean that university staff pensions will go from being guaranteed pension benefits to depending on investments, and will result in average member lecturer losing £10,000 a year in their retirement. -(UCU site)

If you’d like to find out more about the strikes held at over 60 universities nationwide (along with Manchester, where I’m at), you can read more information here on the Manchester UCU site.

In other academia-related matters, I’ve submitted my dissertation proposal for approval and I’m waiting for the review and for a supervisor to be allocated.

I’ve chosen to focus my essay on Modernism and Mina Loy– I had such a fun time analysing her Feminist Manifesto at undergraduate level but felt I didn’t properly delve into her life or her other works.

She was so revolutionary and such a ‘mythic’ character but yet has gone largely forgotten in the literary canon- honestly a crying shame. Her feminism was far too radical for her time and it would be controversial even now. She argued against statements saying women were equal to men and instead focused on the differences between gender and their strengths.

I feel like the feminist movement then and even now is too focused with proving women can be just as strong as men– and it’s a criticism Silvia Federici put forth in her “Wages Against Housework” essay. Women have long proven that they can perform the same jobs and excel at them, but yet we don’t give enough value to ‘feminine’ jobs, skills, or traits. It is still shameful to be feminine: you mock someone for crying like a girl, running like a girl, being emotional like a girl. If we recognise the value in these differences, there is no superiority in either.

Yes, I know you are zoning out.

This is just something I’m so passionate in, I tend to get carried away!

On to the next update- 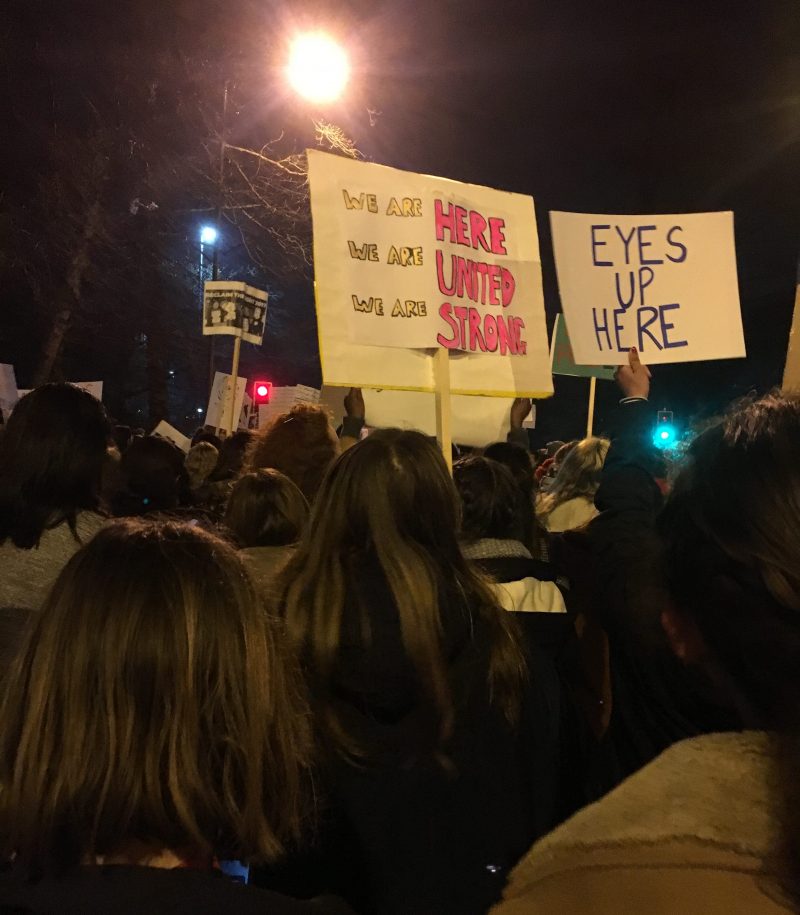 This ties in with the next event: I’ve taken part in the Reclaim the Night march in Manchester- it’s the largest it’s ever been with over 2000 participants from all backgrounds! I marched with my friend Ella and her cousin in the women’s block, but there are other blocks for mixed groups and families as well.

This event takes place every year to raise awareness of the amount of street harassment/ assault/ rape of women on the streets of Manchester. The march starts at the Fallowfield campus (UoM) where it is particularly bad for the amount of rape cases.

You can look up the crime in your area on the police website and it is honestly saddening to see how many cases just get closed after a month. Even with evidence, the perpetrator can claim it was consensual and it turns into a “he said she said” gridlock. It frustrates me so much. Everyone deserves to feel safe on the streets.

And before anyone cries misandry and exclusion, Manchester has the highest amount of male rape victims. Clearly something has to be done! It is so important to stamp out stereotypes and let victims feel safe to come forward about the ordeal, to feel like they will be believed.

And that’s why we march.

Everyone was so lovely and united, women, men, children, everyone from all races and backgrounds and ages collectively standing up for something they believe in.

It’s extremely dangerous for my wallet being back here- shopping is so much cheaper compared to Singapore, and I’ve been updating my wardrobe rather optimistically with spring wear. And obviously I have barely worn any!

The ‘Beast from the East‘ has swept Europe so I don’t know why Primark is stocking bikinis on half of the second floor- you’re not going to get summer weather in Manchester anytime till April at least! I can’t tell you how much I’m looking forward to warmer weather- we got the first hints of sun last week but of course it’s all gone to shit this week. I’ve stayed in all week since I got back from Mansfield (Nottingham) for Lee’s birthday party.

My favourite is the Escher Knit Wrap Dress in red motif by Maeve on the Anthropologie site. It’s so comfortable and I can see myself wearing it all summer! The sizes run rather large in my opinion, if you are a UK 6-8 you should go for the XS.

I’ve been in mostly comfy knits and my usual trusty black Primark jeans, but I’ve stocked up on off-shoulder tops and comfy coulettes. It’s too cold at the moment, so I’ve been wearing knit tights under and they still look great!

I’ll be making another post with food-related updates and Feb-March Favourites/ Empties that I’ve seen some beauty bloggers doing! 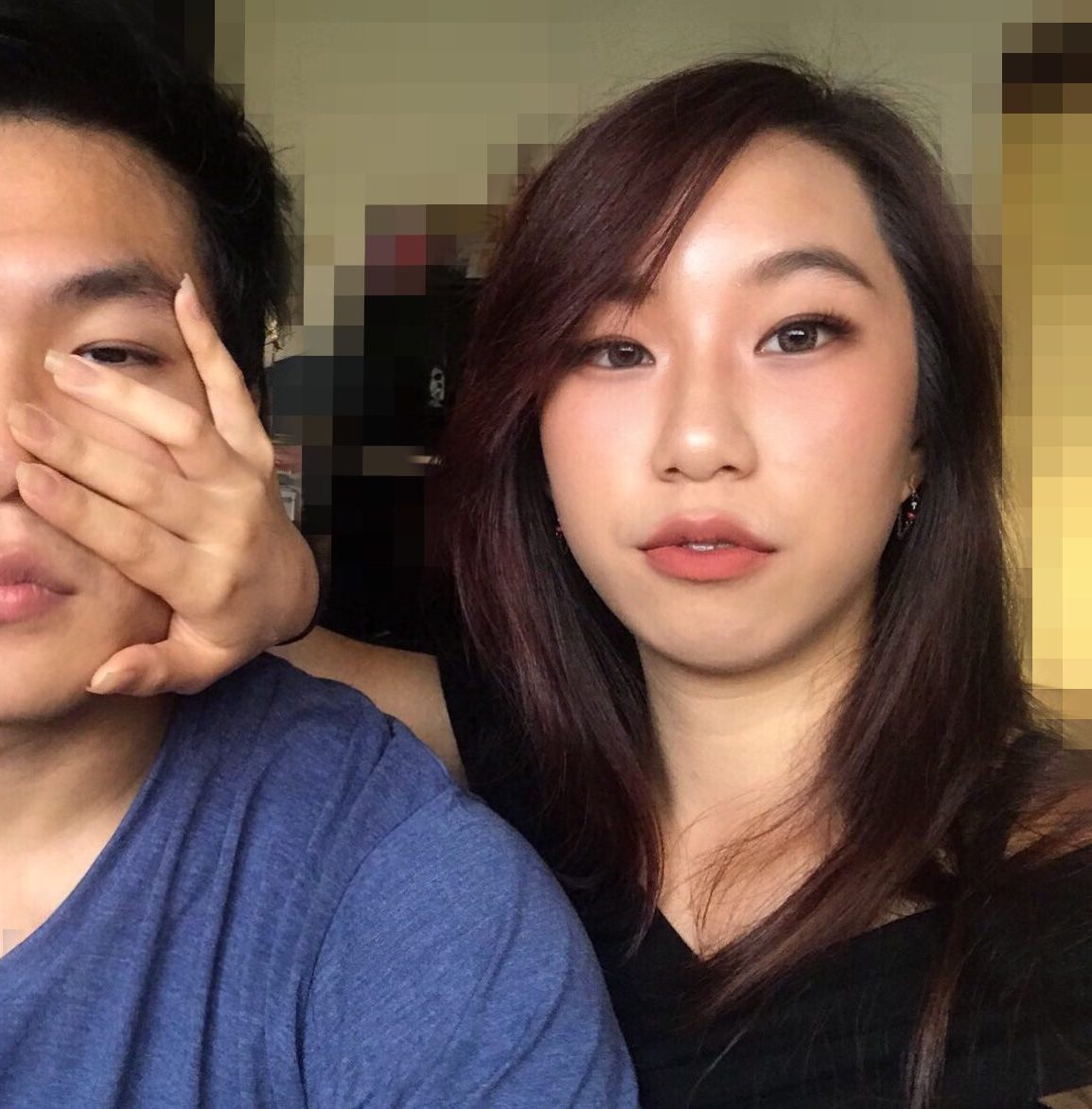